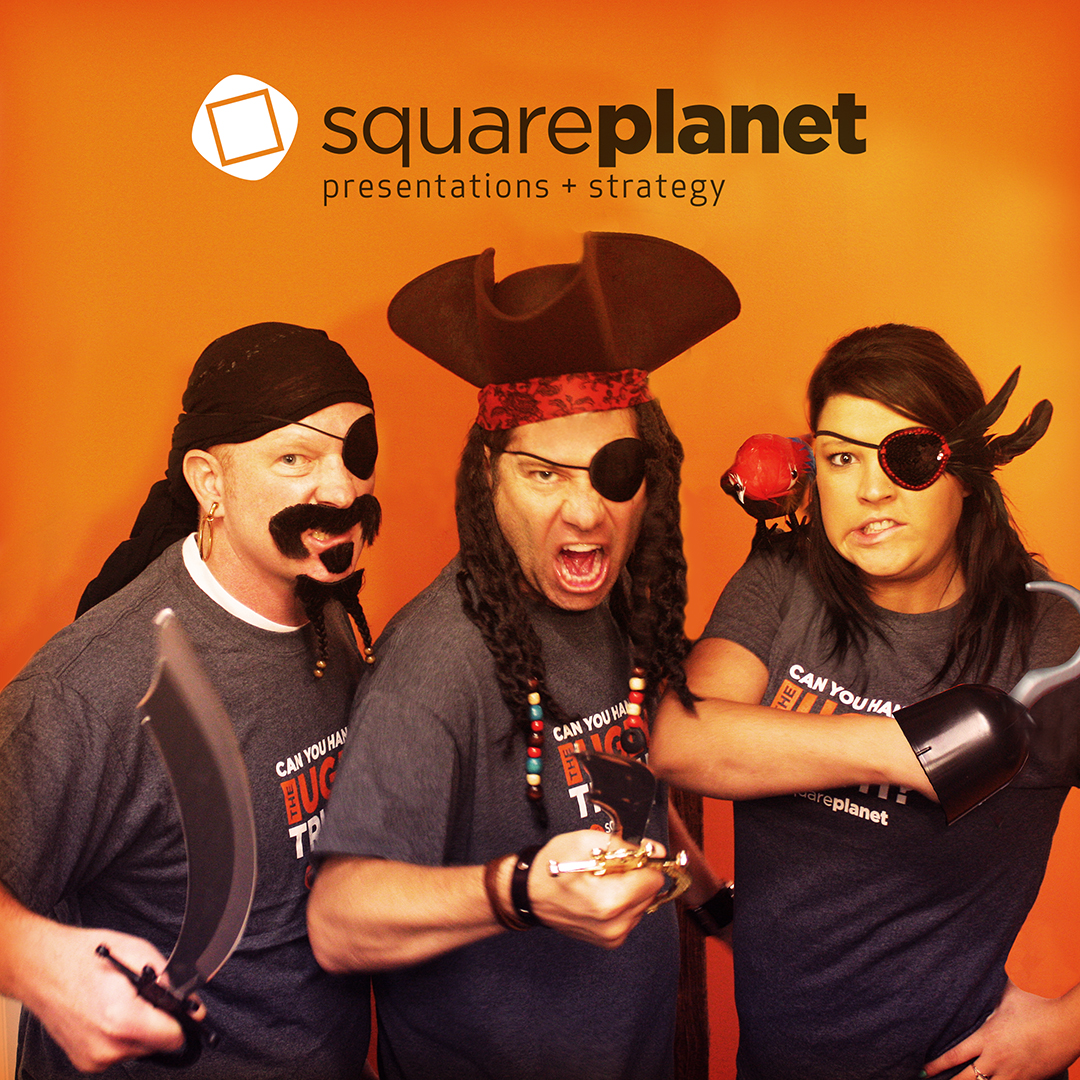 If you haven’t been paying attention, September 19 is International Talk Like a Pirate Day! What started as a silly idea among friends is now an internationally celebrated “holiday,” thanks to humor columnist Dave Barry and countless others who helped to spread the word. It’s a fun, irreverent way to be a bit different, if just for a day. Plus, who doesn’t like pirates? (clearly, we’re referring to our swashbuckling, romanticized version of pirates. Not today’s actual pirates of container ships, first-run movies and mp3s).
It got us to thinking… Why do we get such a kick out of them? Think of the childhood tales of Long John Silver and Blackbeard, or Disney’s Pirates of the Carribean ride. In fact, it was the very ride that inspired Johnny Depp (and his kids, I’m sure) to lobby Jerry Bruckheimer to play the role of Captain Jack Sparrow.
That last story may not be true. But that’s how we remember hearing it, and just like a pirate, why let the facts get in the way of a good story?
The pirates of these tales are clever. They don’t play by the “rules.” They’re charismatic leaders who can rally their crew in the face of incredible challenges. They are bold. They don’t follow the herd.
Aren’t those the characteristics we laud in our business leaders? Think about Steve Jobs, Richard Branson, and Elon Musk. Certainly Jack Welch. Even Bill Gates and Warren Buffett have a bit of pirate in them. We recognize leaders like this because they were bold enough to make choices that were not necessarily status quo.
In fact it was Steve Jobs who, when creating the Apple Macintosh computer, told his team: “why join the Navy when you can be a Pirate?” He wanted people who thought in different ways. Sometimes, to really make a difference, you really have to be different.
Now, we’re not saying that everyone should (or even could) be a pirate all the time. The world needs navies! But we believe it’s the independent streak, the willingness to be bold and audacious, that we should strive for.
So we propose, in honor of today, that everyone make a Pirate decision. Think about your work, your customers, your industry, or your personal life. What can you do to stand out from the crowd? Make it honest and authentic. Make it bold. Arrgh! Today, mateys, ye shall all be pirates!