You’re entitled to your opinion, but Doug Sandler believes being nice in business and life is the only way to be. And this isn’t just a passing whim for him. Using positivity as his internal compass, and a series of career journeys that seem right out of a Hollywood script, Doug has crafted a framework for success. 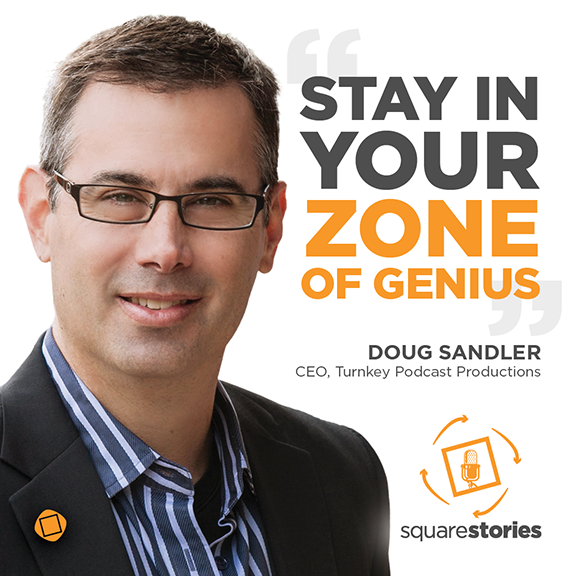 His best-selling book “Nice Guys Finish First”, paved the way to his wildly successful podcast, the “Nice Guys in Business” podcast. His combination of practical wisdom and effortless storytelling has added up to over 3 million downloads and a line-up of guests including Ariana Huffington, Gary Vaynerchuk and many more.

Doug posits a notion that’s so simple and brave, you wonder why anyone strays from it. He says “stay in your zone of genius”. This, he believes, is where your personal financial success comes easy. It doesn’t have to be a grind! Listen in as Doug provides real-world examples of how getting incredibly specific in your niche will create a lucrative market for your services.

Working from the cozy environs of his Southern California home studio, Doug Sandler says you’ll be successful if you can consistently do five things:

Doug’s honest and nice approach leads to better engagement and overall happiness. Get ready to learn from the rare nice guys who are not finishing last!