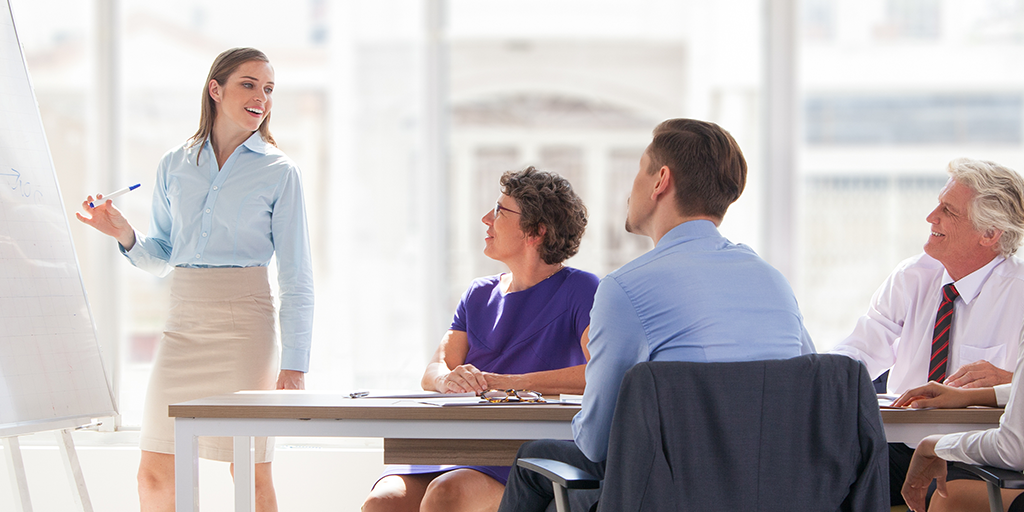 In 2016, I crafted my first, and now annual, list of presentation trends; the styles and approaches in live communications that I expected to take shape over the next 365 days. Now, I’m no Nostradamus—but my predictions ended up being closer than even I could have expected. We’re talking everything from social media guru Gary Vaynerchuk’s shameless cursing to a shift towards personalization rather than generic overdone “This is Wendy. Wendy has a problem” type tropes.

Whether it’s from the political circus that was 2016, my experiences with clients, or just the ever shifting landscape of ‘thought leaders’ screaming their message from the rooftops, I’ve had my finger to the wind all year looking for where trends in communication are heading. I have ten new ones for 2017, and spoiler alert – there’s some good, some bad, and definitely some ugly out there. Here’s what we can expect:

Politics aside, Donald J. Trump has provided a case study in off-the-cuff speaking style that will be dissected and discussed for decades. That style will be regularly imitated in 2017. In an attempt to better connect with their audience, speakers and leaders will try to emulate Trump’s off-script style.

The problem? The style disguised as “authentic” is usually not much more than a total lack of preparation. The bottom line: Conversational and relatable are great, but not preparing for a presentation opportunity is never a good idea.

The tendency of so many presenters to eschew relatable, human-centered messages for insane volumes of incoherent data portrayed in visually reprehensible ways is a sight we’re all too familiar with.

After seeing this trend recess for a bit, it seems to be rearing its ugly head again. What’s old is new. Ear-searing acronyms, cornea destroying charts and comically long bullet points of run on sentences filled with words nobody is really reading about things they’ll never remember void of all grammar whatsoever will continue to destroy audiences around the world one slide at a time.

Did you see what I did there? Probably not, because like bullet points and uber-detailed charts this nonsense has already put you to sleep.

Websites like Etsy, ArtYah and Silkfair have shown us that there is a rising popularity in artisanal methods and goods. We all love seeing the goods developed by master craftspeople. It’s the same in the presentation world.

Template-driven, animated transitions and character-based slides will be challenged by more creative methods, like crafting text images for your slide deck with an Etch-A-Sketch or macaroni glued to paper.

Using video-based elements in a presentation has been a long-established technique. Making sure the clip is relevant, interesting and not too long isn’t always as simple as a YouTube search. And most people aren’t interested in becoming proficient in video editing software, so they’ll turn to another option.

In 2017, that option for presenters will be embedded, GIF format video clips. These quick-hitting, small file sized clips pack a punch. Sites like GIPHY make it quick and easy to find poignant, humorous and fair-use clips all without having to purchase a thing. Audiences will grow to hate all the puppy, baby and celebrity GIFs dropped into presentations. Not because the clips aren’t adorable, they are! Rather, because presenters will show little restraint. More is not always more.

We’ve consistently seen the allotted time for presenters drop, and this will continue heavily into 2017. A keynote address that was once 60 minutes, is now 40 minutes. What was 20 minutes, is down to 10 minutes. Time is of the essence, but presenters aren’t cutting content. Instead, they’re simply talking faster and attempting to jam 10lbs of stuff into a 2lb bag. This is a horrible, and highly selfish strategy. Not good.

Our collective obsession with making things as efficient as possible gets us into trouble when it comes to conveying and understanding a message. More information in less time isn’t better. To use an analogy, drinking from a firehose leaves an audience with the message equivalent of feeling disoriented, tortured and still thirsty because nothing actually went where it was supposed to.

Maybe we’re all sick of families fighting over Thanksgiving dinner, or concerned by ongoing demonstrations in our major cities. Either way, people have been digging their heels into what they personally believe and are unwilling to give an inch.

For 2017 we’ll see more presenters take a journalistic approach to an issue by presenting the audience with multiple points of view. This diplomatic response will leave the audience guessing where the presenter themselves stand on an issue, therefore illuminating the problem and allowing the audience to make their own choice. It’s the presentation equivalent to Switzerland.

This approach isn’t a cop-out. In fact, if properly executed it can increase the shelf life of a presentation by creating conversations with the audience. The “you decide” approach can be very engaging.

As iconic rock band Boston lyrically proclaimed way back in ‘76, “it’s more than a feeling.” When it comes to creating an immersive experience for audiences, it’s going to take more than just a simple music playlist jamming as attendees arrive.

In 2017, event organizers are going to continue transcending the typical in favor of a more proactive approach to creating a purposeful atmosphere come alive. It’ll include scent-based elements, full lighting design, unusual seating arrangements, alternative food options and anything else under the sun.

These environmental elements are designed to stimulate all our senses. Presenters will piggyback onto that approach and search for ways to deeply engage audiences. Whether it’s taste elements (yes…presenters will have you taste things, like the bland flavor of wood from a popsicle stick) or sound or touch, expect a deeper journey. No more simply sitting in an uncomfortable chair listening.

Earlier this year, the Pew Research Center estimated there were 75.4 million millennials, or individuals who in 2016 were between the ages of 18 and 34 years old. That number for the first time eclipsed the pool of workers from Generation X, or those between 35 and 50 years old. Millennials were also expected to unseat baby boomers as the largest living generation in the general population at some point before year’s end.

Clearly members of the Millennial Generation are very important to the futures of almost every company in the world. But that also means examples, metaphors, stories and pop culture references will sometimes need an update. Let’s put it this way: The Challenger Explosion of 1986 might not be the best historical reference if half of your audience wasn’t born when it happened.

Empowering the audience to have a say goes back to the first moment a human uttered a word. For example, remember when Ork the caveman leader wanted to go around the mountain, but Conk raised his hand and suggested the group go through the mountain pass instead? Yeah, exactly like that.

Sure, connecting with an audience is as old as time, but tech-based trends will extend a presenter’s ability to do so. Just a few years ago text-based polling was all the rage, but now it’s old news. Say hello to Crowd Mics & Catchbox, tech tools that quite literally give the audience a voice.

Eventually we’ll all have VR headsets, individual stereoscopic sound boxes, high-def audio mics and other fun toys that sound totally fake to me. 2017 is about to get way more engaging.

Here’s the really good news; more and more presenters are increasingly focused on capturing the attention of their audience. Often those same presenters, especially those who work inside huge organizations, feel constrained by an expected style, brand standards and slide templates.

In 2017, look for the contrarian. Expect to witness the brave few who’ll push boundaries in the gray areas by using tools and resources that may not comply with every rule and regulation.

If your organization dictates the use of a slide template, is there a rule that says you must use slides at all? Perhaps you simply draw on a flipchart or aghast, no slides at all!