Todd Unger is the Chief Experience Officer and Senior Vice President of Physician Engagement at the American Medical Association. He’s known as a transformational leader for the digital age, with the classic profile of a “productive disruptor” — and man, he has the résumé to back it up.

Management at AOL — yes, AOL as in “you’ve got mail”; the VP Account Supervisor at the Leo Burnett Company; and finally, an Assistant Brand Manager and Brand Assistant at Procter and Gamble. Oh, and have you ever heard of Yelp? Well Todd created the “AOL Local Expert” reviewing platform during his time at AOL, which was a precursor to Yelp before Yelp ever existed.

He has an MBA from Harvard Business School, he’s led new business initiatives for Scope Mouthwash and Metamucil, he’s overseen commercial productions for some of the nation’s biggest brands like Sony, and he’s worked with blue-chip advertisers like Old Spice, HBO and Dr. Pepper.

But don’t think all of his accomplishments throughout his illustrious career have gone to his head — Todd firmly believes that it’s always, always about the customer. Join us as our host Brian Burkhart learns about the Unger family’s “performance gene,” P&G/HBR’s incredible impact on Todd’s life and why powerful storytelling is so important in the Digital Age.

:50 — Musical theater is a combination of so many beautiful artforms

4:26 — The performance gene runs in the Unger family

7:30 — “Containers you love to use and can afford to lose”: Stint at Leo Burnett allowed “Tagline Todd’s” creativity to shine

9:43 — It’s a no-brainer: Places like Goldman Sachs should get into product development

11:59 — P&G had an incredible impact on Todd’s life and career, but he feels he should’ve appreciated it more during his time there

18:07 — Letting go of restrictions and being more theatrical: How Todd took a quantum leap in his presentation skills

20:01 — Story-based, theatrical presentations are just more fun — for everyone involved

22:07 — What’s it like to go to Harvard Business School? Todd tells all

25:38 — Life is too long to not pursue your true passion — otherwise, it starts to feel like work

30:34 — Todd’s a big fan of Suit Supply, and they repaid him accordingly

31:42 — Going digital and telling the story of AMA were Todd’s biggest priorities Day 1 on the job

35:55 — The future success of healthcare doesn’t depend on politicians — it depends on physicians

37:50 — Todd doesn’t get much sleep — but only because he’s so excited and energized about the future

39:43 — Physicians are human beings first — and it’s important to remember that in many contexts

42:26 — Rule No. 1: You’re only allowed to call it “digital transformation” in retrospect, after you’ve made it work

44:48 — The combination of Todd’s three Ps can solve almost any problem — patience, perspective and perseverance

49:32 — Todd used LinkedIn, other Internet platforms to build his own personal brand — and now he’s “all over the Internet”

52:34 — Building a personal brand is NOT about thumping your chest and saying “LOOK AT ME!” — it’s about providing people with insights they can actually benefit from

55:31 — Actions will always be connected to outcomes going forward: Here’s what Todd sees in the future

1:00:31 — Want more Todd? Connect with him on LinkedIn for business, or Instagram for his personal life 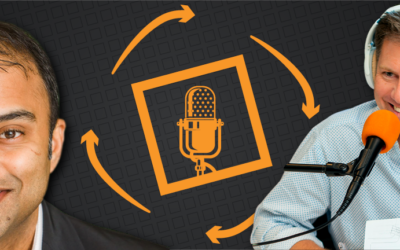 An incredible guy with an incredible career: hang on for quite a ride that is Shashi Mudunuri

Shashi Mudunuri, a self-proclaimed “start-up guy” and “adrenaline junkie” was built for the roller coaster ride of... 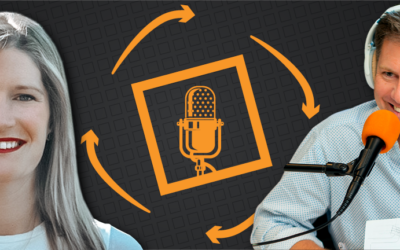 LinkedIn influencer, ambassador of Sales Navigator, and former LinkedIn leader, Samantha McKenna is quite a force. With her all-female firm, #samsales Consulting, she looks to constantly put good into the world.

Samantha McKenna’s natural abilities toward sales comes from her parents, which in her words, “my parents were... 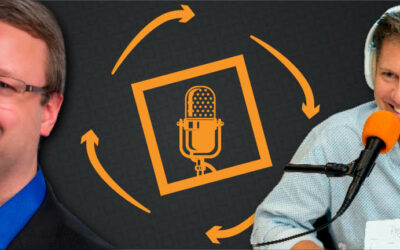 Alex has been a geek forever and he loves it! Writing his own game codes at 10 years old, Alex's mission has been to...